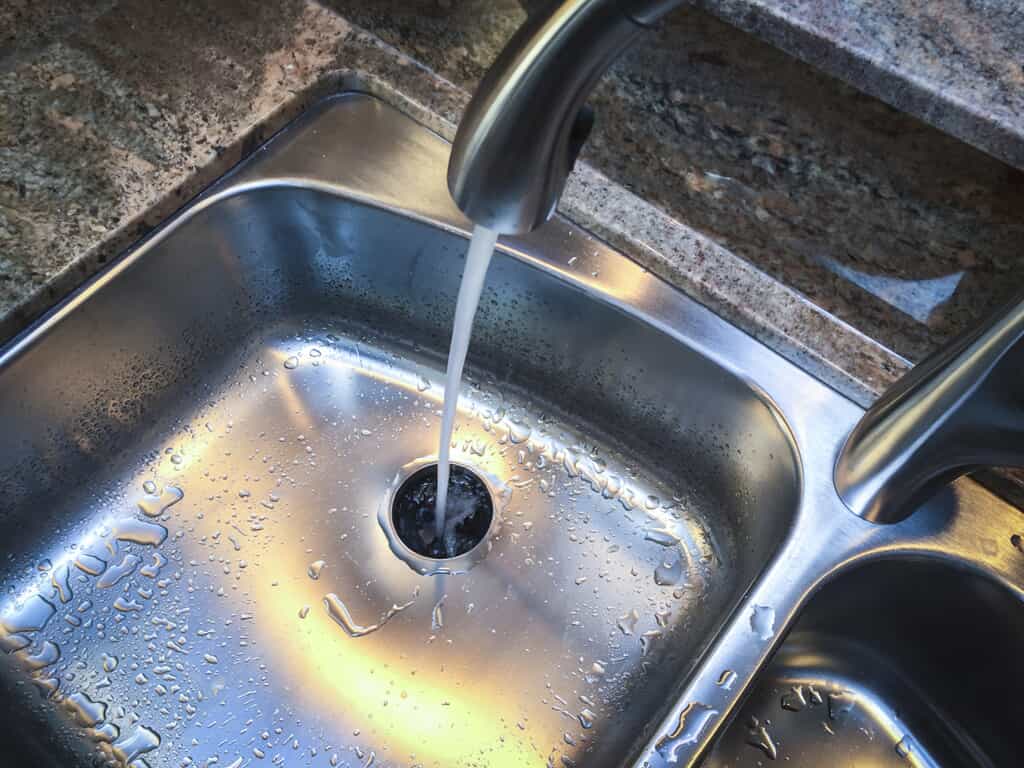 Why It’s Important To Run Your Garbage Disposal Frequently

Despite common misconceptions, the best way to keep your garbage disposal clean and smelling good is to use it! And not just once in a while, I mean REALLY use it. The problem with using the disposal on rare occasions is that it allows small food particles to accumulate in and around the grind chamber, the splash guard, and even the side dishwasher inlet When these food particles rest for long periods of time, allowing them to rot and ferment, it creates bacteria as well as a strong unpleasant odor.

If, by comparison, the disposal is used on a more regular basis, the natural turbulence that occurs with the rapidly rotating grind plate and blades, create centrifugal forces and momentum to rinse those resting, rotting food particles away and down the drain.

Of course, this leads to the concern about putting our food waste into our drainage systems. There have been many debates on the long-term effects of adding food waste into our municipal sewage systems and there is no shortage of misinformation. For years it was thought that the added waste would put too great of a strain on our aging sewers and would slow down the waste-water treatment process. In fact, the city of New York had banned the use of garbage disposals in the 1970’s because of this belief. But with landfills quickly filling up and sizable greenhouse gas emissions, Deputy Mayor of New York City Norman Steisel (who served as Sanitation Commissioner for many years) fought hard to reverse those bans during the Dinkins administration in the early 1990’s.

Steisel initiated life-cycle studies of the food waste that showed the ecological potential of garbage disposals as well as a financial savings of over $4 million in solid waste removal costs that led to the city removing the ban in 1997.

Food waste is the second largest category of municipal solid waste sent to landfills in the United States, accounting for approximately 18% of the waste stream. Over 30 million tons of food waste is sent to landfills each year. Besides the added material to our ever dwindling supply of valuable space at our landfills, food waste generates methane, a potent greenhouse gas. Diverting food waste from landfills to wastewater treatment facilities allows for the capture of the methane, which can be used as an energy source. Besides a financial savings, the rotting food waste can be treated to capture the methane gas generated by decomposing organic matter and turn it into fuel giving municipalities more reason to allow the use of garbage disposals. To do this, an Anaerobic Digester must be present at the waste-water treatment plant. According to Michael Keleman, the manager of Environmental Engineering at InSinkErator, a leading manufacturer of garbage disposals, an anaerobic digester “relies on microbes to consume effluent waste and produce methane biogas, which can be turned into heat and electricity.” Anaerobic digestion occurs naturally, in the absence of oxygen, as bacteria break down organic materials and produce biogas. The process reduces the amount of material and produces biogas, which can be used as an energy source. So, with anaerobic digestion, in addition to decreased methane emissions at landfills, there are additional greenhouse gas emissions reductions due to the energy offsets provided by using an on-site, renewable source of energy, compounding the benefits. And unlike biosolids and animal manures, post consumer food scraps have had no means of prior energy capture. In fact, in a study done by the East Bay Municipal Utility District out of Oakland, California, it was revealed that food waste has up to three times as much energy potential as biosolids. As energy prices continue to climb and we continue to look towards renewable energy generation and energy independence, capturing the energy from food waste becomes more important.

Of course, the operational impacts associated with the integration of garbage disposals includes much more than just the introduction of solid waste into our waste water treatment plants. We also must take into account the water consumption & the waste-water load. In a study conducted by Natasha Marashlian of the University of Beirut, Lebanon in 2005, she found that the increased water consumption in regards to garbage disposals was insignificant. She also found that there was no evidence that the use of garbage disposals had any increase in residential drainage clogs in the kitchen sink waste lines. But the interesting fact was she determined that using garbage disposals would minimize the costs associated with disposing of the solid waste as opposed to utilizing land fills. In fact, given the current costs of solid waste and wastewater management and the increase in quantities of solid waste to be managed over time, she determined that the benefits of utilizing food waste disposers would increase with time as the quantities of solid waste to be managed increase (this assumes the cost of managing one ton of municipal solid waste will remain constant at the current charging rate of $119 US per ton.)

Why You Should Run Your Garbage Disposal Frequently

Now that we’ve cut through the misinformation and the theories that using your garbage disposal will harm the environment, we can re-focus on the fact that NOT using them on a regular basis makes for a dirty, smelly disposal. Use your disposal daily to dispose of your table scraps. Throw half a lemon in your garbage disposal regularly to keep it smelling fresh and clean. Add a tray of ice cubes down every month or so to help keep the blades and grind plate sharp. Use plenty of water when disposing of starchy foods like potatoes and pasta. And don’t throw anything in the garbage disposal that is stringy, like celery or squash. With these simple tips, there’s no reason your garbage disposal won’t give you years of service. And you’ll be helping save the environment as well!

Having issues with your garbage disposal? Call Tom Moffett Plumbing today at (714) 541-6407 or contact us online for service!